Coffee, The Beverage That Took The World By Storm

My name is Rhiz, and I'm a coffee enthusiast. I love the black stuff. Where I grew up, coffee is a pop-culture sensation. Shared in coffee shops, university and internet cafes, fast food joints, and even the occasional sports affair. Little did I know that my country actually had more to do with Coffee than I, or probably anyone I know, knew.

First, let me say that there's plenty of ways to have your cup of joe. Brought up from a poor family I had to learn economical ways to enjoy coffee - here's my personal favorite. Ingredients:

Now that you have a brew, let's take a look at what we know about this beverage that took the world by storm. 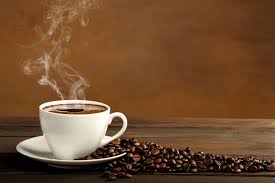 The word 'Coffee' is actually derived from the Dutch word 'Koffie', which was first documented in during the year 1582. 'Koffie' in turn was derived from the Turkic term 'Kahve', which was taken from the Arabic word 'Qahwah'. It was actually first discovered in the African continent... but I'm getting ahead of myself. We have a blog article dedicated to the history of coffee around the world, and how the people of Central Asia is slowly discovering their palate for this wonderful caffeine infusion. Catch it here. Now, approximately 20 billion pounds of coffee is drank, world-wide, every year. This much consumption requires us to harvest an exorbitant amount of the beans used to make this delicious Go Juice. The beans used to brew the Jitter Juice are actually the hard pit inside the fruit of the Coffee plant. Most people think that the coffee plant's fruit is a cherry while others think it's a berry, but in truth, it is a drupe. In botany, drupes (or stone fruit) are indehiscent fruits in which the outer fleshy part (exocarp, or skin; and mesocarp, or flesh) surrounds a shell (the pit, stone, or pyrene) of hardened endocarp with a seed (kernel) inside.

The coffee plant is most common within the tropics, between the constellations of Cancer and Capricorn. Central Asia is one of the regions of the world where the coffee plant is not grown because of the huge temperature swings and year-long lack of moisture. There are four major varieties of coffee:

1. The most common is the Arabica. This variety was the first-ever discovered and was most likely the one talked of in the origin stories of coffee. Arabica is most common in Ethiopia, and in Latin America; approximately 60% of the world's coffee is Arabica.

2. Whenever you'd walk into a grocery you're likely to find coffee beans for sale, in most cases these beans are taken from the Robusta variety of coffee. The robusta is the second most common variety of coffee, often harvested in the inner parts of the African continent and in some parts of the East Indies, now known as Java and Indonesia.

3. and 4. are Liberica and Excelsia, which can be considered special varieties of coffee for their rarity and flavor. They are mainly harvested within South East Asia, the Philippines, in particular, is a major exporter of the Liberica or more commonly known as 'Barako'.

From Bean To Cup: a science of texture, flavor, and bold tones

Here at CentrAsia Tours, we take our blog writing seriously, so for this article, we decided to interview a master barista from one of the famous coffee shops in Qatar - Coffee Bean Tea and Leaf - who gave us a short insight as to how this miracle concoction came from farm to their coffee tables. Coffee plant drupes are harvested year-long, but most farms harvest their crops between October to March with outcrops harvested between April to June.

After Picking The Drupes The very first step to process the coffee bean happens even before the bean - or in this case - the pit leaves the fruit. Most farms wash the fruits right after picking. The fruits are soaked in vast quantities of water. Bad fruit will float while good ones sink. This immersion takes 2 to 4 days and softens the hard coating of the fruit, afterward the processors slowly separate the pit from fruit using a screen mesh. When the pits are free, they are dried and the next process starts. An older method of processing the fruit is through drying. This was how we've been processing the coffee drupe for hundreds of years. The process is fairly straightforward. Coffee fruits are dried out under the sun for up to a month. The drying process exposes the fruit to the elements and helps in decomposing the flesh over the pit. Bacteria living in the fruit eat and ferments the pulp into chemicals that seep into the pit adding to the flavor. This creates a creamy and sweet texture that provides a tone to the coffee you'll eventually drink. However, the moment the pits are out, they become ticking time-bombs. The enemy: light and oxygen. Location Where the Coffee is Planted Most coffee beans are harvested in low-lying plateaus like in Indonesia and Brazil. These low-altitude beans create the fuller flavor in the cup of coffee you enjoy every day. They are also the most dominant kind because the oxygen-rich climate where they thrive makes it easy for the plant to produce fruits. For more exotic and lighter coffee tastes, you'll have to look up. High-altitude coffee plantations produce lighter flavors. This is possible because the lack of oxygen slows down the fruit production, and likewise alters the flavor for a more modest tone. Roasting The Bean: The Mallard Reaction We all like our piggy slightly roasted every once in a while. The roasting process creates caramelized flavors and a thicker texture on the piece of fatty heaven in your mouth. That's exactly what roasting does to your Cuppa. The darker the roast, the more pronounced and thick the mixture becomes. Lighter roasts in comparison make for a more natural and cleaner taste. The Brew We hear these coffee-related buzz words, french brewed, french press, etc. Today we'll clarify what these mean. French brewing the beans (ground or not) is simply the act of immersing the coffee in water for extended periods of time. During the period of time that the coffee is immersed, the water dissolves not only the readily soluble compounds in the coffee but also those that are deep inside. This makes the brew thicker, more flavorful and completes the full body of the cup. Pour-Over, on the other hand, is exactly what your tabletop coffee machine does. It runs water through the coffee, ground in all cases. The coffee sits with the water for only as long as 2 seconds creating a thinner and clearer flavor to your cup.

Around The World, The Universal Drink

Coffee is literally present in all continents, even in Antarctica. In Spain, coffee is commonly served in shops with condensed milk, espresso, and creme. The flavor becomes a balanced combination of sweet, slightly salty, and smooth tones from the creme. I think you'd love coffee in Ireland, the land of the Leprechaun. The Irish, strong, witty, and fearless, take their coffee bold without anything, EXCEPT for Whiskey. I can't wait to travel to Ireland. At the height of Vietnam war, Americans were flabbergasted when they saw what the Vietnamese put in their coffee. These beautiful South-East Asian people drink their coffee with egg pudding. Tasty, actually. Antipodean to America, you'll find our lovely Aussie friends drinking their own concoction: the flat white. It's interesting to note that behind the hardy exterior of our friends from down-under, they have a taste for the more refined and soft milky texture of white coffee. 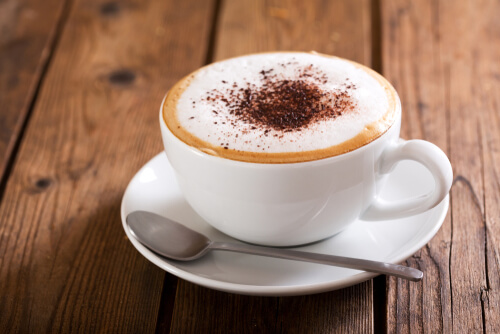 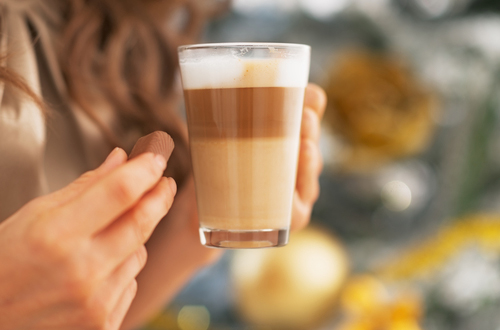 Let's jump all the way to the Mediterranean, in the Greek Isles. During the 1990s a Nescafe representative was presenting to their soon to be clients when he accidentally poured cold water on his coffee, et voila! The Frappe was born.

Our friends in Turkey, on the other hand, have a completely different take on the whole coffee boiling process. Instead of boiling their brew over a stove, they do it over hot sand - the deeper they dip the, the faster the coffee boils, but less froth appears.

Now finally, the americano. This staple of Uncle Sam's breakfast table was invented in Italy of all places. It was World War 2 and American GIs were served an espresso, they immediately declined and asked for a softer, cleaner flavor to their brew. The Italians, confused, tried many ways to satisfy their brothers-in-arms. Their final attempt was a proverbial hail Mary. Out of options they served their espresso with hot water, and the americano was born.

Coffee making, from planting, harvesting to brewing can be an intricate process so every time you drink a cup, remember all the things that go into making that wonderful substance in your hand - and appreciate it as your day starts.

CentrAsia Travel Agency lets you savor every cup in every hotel you'll stay at in your travels with us in Central Asia. 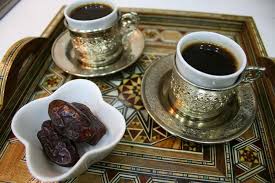 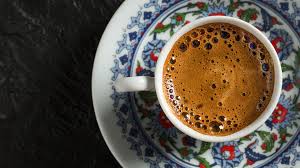 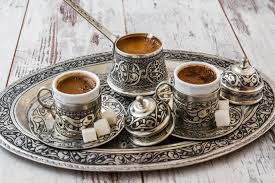 Knives in the Night Part 3: The Legacy of the Secret Order of Assassins

Knives in the Night Part 2: The History of the Secret Order of Assassins

Knives in the Night Part 1: The Origin of the Secret Order of Assassins

Want to choose where you want to go and when?

PLOT YOUR OWN JOURNEY